If Dogs Ran the Government 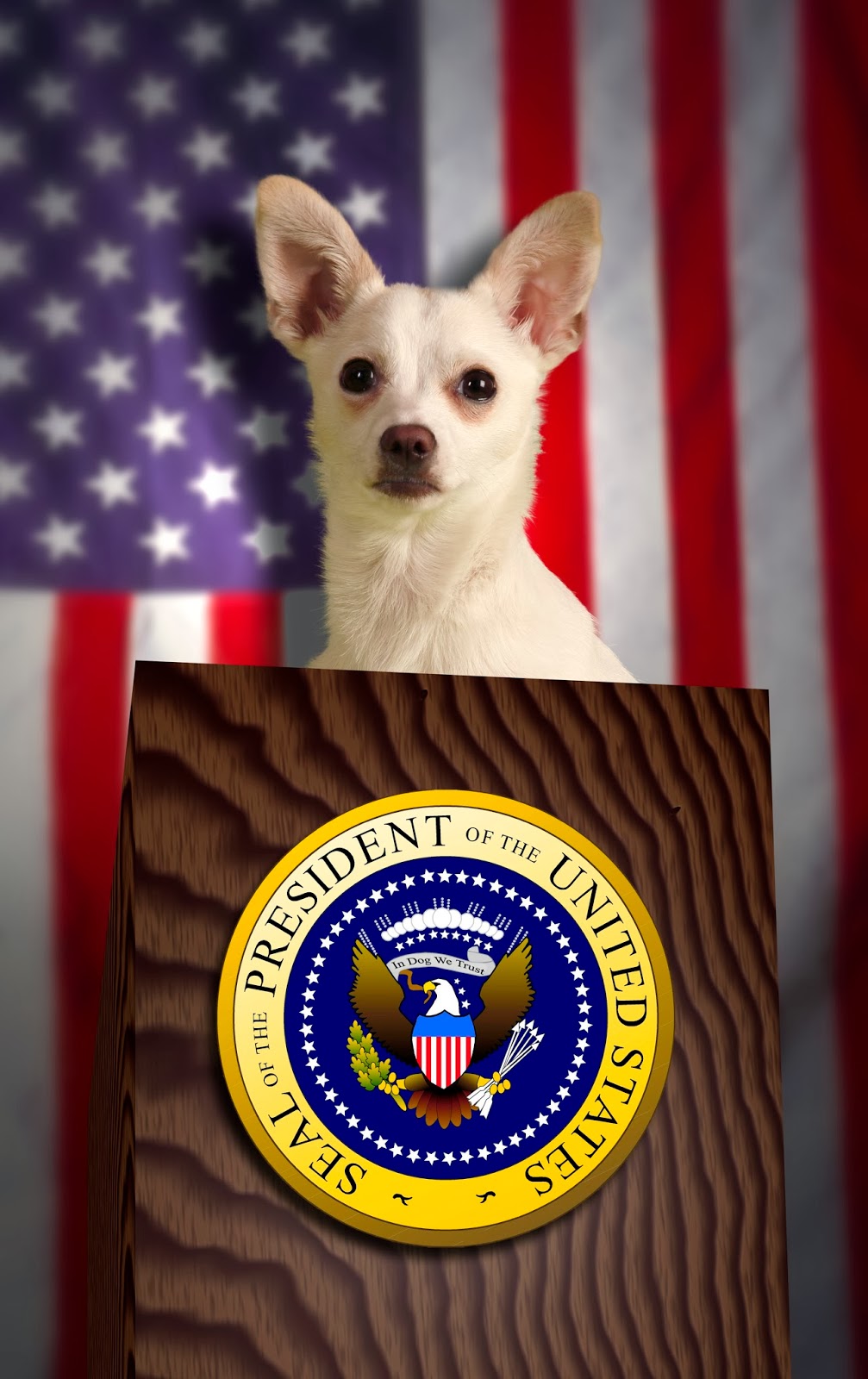 Political discourse in America is at an all time low.  It’s really horrible.  A couple of months ago I made a big mistake and made a comment to a political post on social media.  Although my comment was factually-correct, it led to hateful and venomous comments by trolls who insulted my parentage, demanded I leave the country and even called for my death.  It got so bad the person who’d originally made the post removed it and sent me a personal apology.  We both agreed that any more social media postings by either of us would be limited to pictures of kittens and puppies.  Although it blew over without any physical violence it really shook me up.  I was still thinking about it the next day when I was out running errands in my car.

While sitting at a stoplight I noticed a bumper-sticker on the car in front of me.  It read:  Lord, help me to be the person my dog thinks I am.  Ha!  I’ve seen that one before and it’s a good goal for all of us.  Since humans have proven themselves absolute failures as leaders and have thoroughly and completely screwed up government perhaps it’s time to hand it over to dogs?  How much worse could it be?  We could replace ass-kissing with ass-sniffing.   ‘Liberalism’ would mean extra treats, and ‘conservatism’ would be conservation of energy while napping in the sun.  Healthcare would mean everybody can keep their veterinarian.  Religion in politics would be replaced by Rainbow Bridge.  War would be unnecessary because dogs don’t hold grudges.  The Supreme Court could be eliminated because dogs don’t judge.  Racism would be a thing of the past because dogs don’t care if other dogs are black, white, tan or spotted.  Southern-border immigration would no longer be an issue because everybody loves Chihuahuas.

Since America has gone to the dogs anyway, let’s try dog-leadership.  Here are my nominations for America’s new generation of dog-leaders:

·         President:
Bruno
My dog.  ‘President Bruno’ has a nice ring to it and he’s very photogenic which is just about all the job demands anyway.
·         Vice-President:
Gromit
From ‘Wallace and Gromit.’  He doesn’t speak but is great at rolling his eyes when the President does something stupid, like peeing on the Oval Office carpet.
·         Speaker of the house:
Brian Griffin
From ‘Family Guy.’  Brian is an intellectual and is well-spoken.  He’s also a time-traveler who’s recently come back from the dead.
·         Press Secretary:
Ren
From ‘The Ren and Stimpy Show.’  Ren is volatile and won’t take any crap from Fox News reporters.
·         Secretary of State:
K-9
From ‘Doctor Who.’  K-9 is a robot and is very logical, which is helpful in international negotiations.
·         Secretary of Education:
Mr. Peabody
Highly educated, holds a PhD, perfect for the job.
·         Secretary of Transportation:
Scooby-Doo
Have you seen him run?  He hauls-ass.  Perfect for the job.
·         Secretary of Defense:
Underdog
Seriously, who better?
·         Homeland Security:
Deputy Dawg
Has years of law-enforcement experience.
·         NASA Administrator:
Astro
From ‘The Jetsons.’  Has a lot of experience in outer space.